Is the mobile phone becoming the universal authentication device?

In the last number of months Microsoft has introduced "single-use codes" for its Windows Live Sign-In. 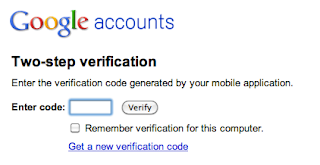 More recently Google announced that is introducing two-step verification initially to its Google App Premier accounts and says that "in the coming months, Standard Edition and hundreds of millions of individual Google users will be able to enjoy this feature as well."

Both of the above companies are main-stream consumer websites with hundreds of millions of users. Even though they are taking different approaches, the mobile phone is the common factor. They are perhaps acknowledging that password based authentication is no longer sufficient.

By doing this, the companies are raising the "security bar". Is it possible that a corresponding "shift" will take place over the next few years in the thinking of general consumers? Users may expect to use their mobile phones for authentication and decide that password-only based websites are not secure enough.

More importantly, the authorities may come to a similar conclusion. When the Data Protection Act states that "appropriate security measures" must be taken, will that come to mean that passwords by themselves are no longer "appropriate"?

On the consumer banking front, Credit Suisse is rolling out an SMS based system in place of its RSA SecureId device.

If you are developing web applications, you should keep an eye on this space. Otherwise you may be left behind.